What’s in a Name? – VaYishlach 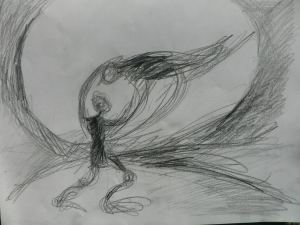 This week’s Torah reading takes us on Yaakov’s (Jacob’s) journey through the country of Edom towards Bethlehem and Efrat. He knew he had to travel through his brother’s landholdings and was nervous due to their unresolved history. Would Esau be angry at Yaakov? Did Esau still want to kill his brother?

The narrative begins with Yaakov sending messengers to his brother, announcing his approach. The report that came back was that Esau was meeting Yaakov, accompanied by 400 men.  Yaakov, frightened and anxious, sent his messengers ahead with many expensive gifts. He sent his family to the far side of the Jabok River for safety and he himself slept on the closer side of the river, possibly to be on the alert for any attack.

Who was the man Yaakov fought with? Some commentators think it was an angel sent by Gd. Others think it was an angel representing opposition from Esau. Still others present the idea that it was an inner battle and that Yaakov was struggling with himself. It doesn’t really matter who exactly Yaakov wrestled with. The important element was Yaakov’s ability to face issues, establish the foundation of a nation, and understand his role.

One of Yaakov’s weaknesses was trying to displace and be superior to his brother.

When we look at Yaakov’s life right from the beginning Yaakov tried to supplant his twin brother Esau. They fought before they were born- Rivka, their mother – complained to Gd about their fighting! Yaakov held on to Esau’s  heel trying to be the first baby to see the world. He then traded stew for Esau’s birthright and masqueraded to get Esau’s blessing from their father. Yaakov ran away from home to evade his brother’s anger- he wouldn’t face the consequences of his actions. But when he left his father-in-law Lavan to return to his home he couldn’t evade his brother any longer. He had to travel through Esau’s lands. There was no choice, no other route.

The confrontation with the immortal being took place between sending a message to Esau and actually meeting him.The night of struggle heralded a new beginning. Yaakov was given a name that represented his strength and position. He realized that his path was his own, not at risk from Esau. We can learn from Yisrael’s life that it is often a struggle to know oneself, but is a valuable struggle.

We have to face our fears rather than run away from them. Yaakov was given a new name after facing an adversary. That incident strengthened him is his role as father of a nation so he could carry on and face whatever life put in front of him. May we all have the strength to face the obstacles in front of us.

May we see peace soon,