For the last number of weeks we have been reading about our ancestors,  Jacob’s children. More specifically, we have read about Joseph’s trajectory from favoured son at home, to being a slave, and then to becoming viceroy of all Egypt. By the time he was thirty years old Joseph ruled Egypt. He ran the finances and oversaw all of Egypt’s policies.

In this week’s Torah reading Joseph’s brothers still did not know that the leader they were speaking to was their brother. This parsha begins just after Benjamin had been “framed”. Joseph’s personal silver chalice had been “planted” in Benjamin’s belongings, and the Israelite brothers had been told that Benjamin would become enslaved to Pharaoh’s court as payment for the infraction. Joseph was playing a game with his brothers.

Joseph Converses With Judah, His Brother, c. 1896-1902
by James Jacques Joseph Tissot    (Photo credit: Wikipedia)
Judah, the same brother who decades earlier had suggested that Joseph be sold rather than be killed, stepped forward and begged for understanding. He poured out his heart, recounting the family history to the great Egyptian before him. Judah hoped that by telling this leader of his father’s frailty the leader may accept Judah as a slave rather than take his youngest brother.

Joseph could carry on the charade no longer. He cleared all the Egyptian attendants from the room. The text says, “And no man stood with him while Yosef made himself known to his brothers. And his voice cried out with weeping, and Egypt heard…” Joseph forgave his brothers. He feasted with them, gave them gifts of clothing and food, and convinced them to return to Egypt and live in comfort. He told them how to get land so they could raise cattle.

Although the story had begun many years earlier with fraternal jealousy, the brothers reunited and rebuilt their family. This was contrary to the patterns we had seen before. Cain killed his brother Abel. Isaac grew up without his brother Ishmael.  Jacob and Esau never truly reconciled. In this story we see Joseph and Judah build the unified family which would become a nation.

The haftarah features the prophet Ezekiel. He lived from around 622 BCE – 570 BCE and was among the 8,000 Jews exiled to Babylonia. God told Ezekiel to take two beautiful branches, carve phrases on them and display them. One branch represented the nation of Judah and the other represented Joseph’s lineage, the nation of Ephraim. Ezekiel wrote phrases about the two Jewish nations onto the branches and held the two branches together. The action was to indicate that just as the branches could be rejoined, the Israelites could be reunited and grow together as one unified nation.

Ezekiel also told them that God would gather them from among all the nations and bring them back  to their own land. The text reads, “Behold I will take the children of Israel from among the nations, whither they are gone, and will gather them on every side, and bring them to their own land. I will make them one nation in the land, upon the mountains of Israel.” (v.  21, 22)

Both readings are about unity. In every era and in every generation there are disagreements between different sectors of Jews. We are stronger as a united people. I hope we can learn to discuss, consider, and be united for the benefit of all.

The painting “Reunited”, showing Ezekiel writing on a branch,  is one of the images in my forthcoming book, “ILLUMINATIONS: The Art of Haftarah”. Stay tuned for more information!

Ezekiel was among the 8,000 Jews exiled to Babylonia. Although much of his time was spent criticizing the behaviour of the Jewish people, he kept the spirit of the Jewish people alive during a time of despair. He was a great advocate of individual responsibility, an important trait for each person in the world to  practise no matter when he/she lives.

The haftarah’s message is unity and the unity is expressed through writing on two branches. The storyline gives a message through art and craft. Gd told Ezekiel, a prophet, to take two beautiful branches, polish the branches, carve on them and display them. Naturally this craftsmanship is an art form. The background of my painting is made up of significant phrase from Ezekiel’s speech. You can click on the image to enlarge it.

So, about those branches-  One represented the nation of Judah and the other represented the nation of Ephraim, Joseph’s lineage. Ezekiel wrote the following phrases onto the branches: “For Judah and for the children of Israel his companions” on one, and “For Joseph, the stick of Ephraim, and of all the house of Israel his companions” on the other. Ezekiel then held the two branches up in front of a gathering of the exiled Jews. He showed that the two groups could be reunited and grow together as one unified nation. He also told them that Gd would gather them from among all the nations and bring them back  to their own land. The text reads, “I will make them one nation in the land, upon the mountains of Israel.” (v. 22)

This speech by Ezekiel comes right after the vision of The Valley of the Dry Bones. He is preaching unity of the nation, and the revival of their political and spiritual connection to their Gd and their land.

This week’s parsha continues the saga of Joseph and his brothers. We have read how Joseph was sold into slavery. Jacob went into deep mourning believing Joseph was dead when in reality Joseph was imprisoned and ultimately made high vizier in Egypt. He was second only to Pharaoh in his powers. The Middle East suffered a debilitating drought and Jacob’s family was forced to go to Egypt to purchase food. We have read how Joseph recognized his brothers but hid his identity from them. Now, finally, Joseph has revealed his identity and they have all been reunited. The haftarah echoes the family reuniting.

It is written in this week’s Haftarah: “Behold I will take the children of Israel from among the nations, whither they are gone, and will gather them on every side, and bring them to their own land.” (v.21). We see it happening today. Jews from all over the world are coming to Israel. But- you don’t have to be Jewish! Come to Israel! Visit! It’s beautiful there. 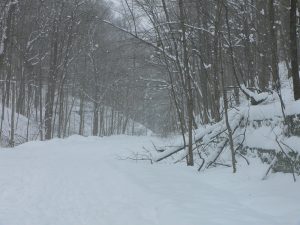 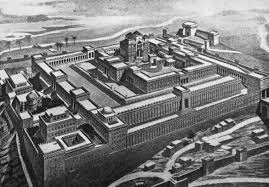 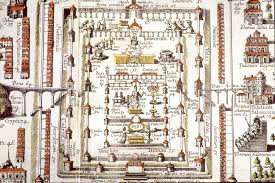