This week’s Torah reading is dense with laws- an amazingly long list of 74 directives. The laws regard daily behaviour of individuals within a community rather than being laws pertaining to a person’s relationship with God. We don’t read about sacrifices or Temple service. The laws look at relationships between husbands and wives, parents and children, neighbours, the underprivileged, trees and crops, and even between humans and animals. This is the parsha that includes the unexpected  decree that before taking eggs out of a nest one must shoo away the mother bird- supposedly to save the mother bird the anguish of seeing its  (future) young being abducted.

The range of laws and guidelines is impressive. They look at family and seemingly personal issues – the unloved wife, the rebellious child, a lost object… and treat those issues with the same gravity as crimes such as murder. The poor and weak members of society are also noticed in this parsha. The treatment of one’s servants is addressed.  All those must be cared for and treated with dignity.

Laws concerning women are quite prominent here. Yibbum or levirate marriage, unloved wives, questioned virginity, and the treatment of women who have been captured in war are all considered in this parsha.  To our modern eyes the reading is often disturbing, but we have to remember what was going on in biblical times.

Women had no status and no rights. They left their  home and family to lead a probably cloistered life with their husband’s family. Abuse and murder of women was ignored because it was seen as being under the jurisdiction and purview of the husband or father.Rabbi Sacks quotes Nahum Sarna, “Exploring Exodus”, p. 176, who writes:

For example, in the Middle Assyrian Laws, the rape of unbetrothed virgin who lives in her father’s house is punished by the ravishing of the rapist’s wife, who also remains thereafter with the father of the victim. Hammurabi decrees that if a man struck a pregnant woman, thereby causing her to miscarry and die, it is the assailant’s daughter who is put to death.

The quotation continues indicating that the children of a criminal were often expected to suffer the penalty of their father’s crimes.  If a builder erected a house which collapsed, killing the owner’s son, then the builder’s son, not the builder, is put to death.   Judaism recognized these injustices and established laws to erase the inequality and unfairness. Children were not required to pay for their father’s crimes.

In fact, Cities of Refuge were established so that a person who killed another by mistake would be safe from the revenge.

Many of the laws listed in Ki Teitzei  were ground breaking. An individual was judged for his own crimes. The community was given guidelines for fairness and community responsibility. For the first time a woman’s status and treatment were deemed important enough to discuss. Women were recognized as deserving respect and protection. Children were treated as people, not commodities. And even the land was to be respected.

Judaism is a model for a just and generous society.   “And thou shalt remember that you were a slave in the land of Egypt: therefore I command you to do this thing.” Deuteronomy 24: 22).  That one phrase communicates humility and the pursuit of integrity and justice.

Have a meaningful Shabbat, 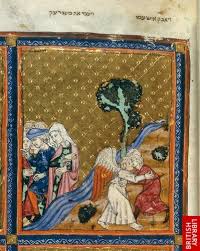