This week’s Torah reading, Beshalach, is called Shabbat Shira- the Shabbat of Song. We read three songs-  Miriam’s song after crossing the Red Sea, Moshe’s “Song of the Sea,” and Devorah’s song of victory. Women sing and play music in both the Torah and haftarah readings, and they are also significant figures in these biblical stories.

Before focusing on our heroines, Miriam, Devorah, and Yael, I will mention some elements from this week’s parashah. The Israelites have fled Egypt, but Pharaoh and his army are in quick pursuit. God splits the Red Sea so the Israelites can cross to the other side. We read about the manna that appears to feed the hungry people. God introduces the notion of “Shabbat” by sending two portions of manna on the sixth day so that everyone can refrain from collecting food on the seventh day, Moses sweetens the water in this parashah and we read about the battle with the Amalekites.

Miriam is called a prophet in this parashah. She and her brothers, Moses and Aaron, lead b’nei Yisrael to freedom. God has confidence in the abilities and wisdom of women and chose Miriam to be the female role model for the nation. She exemplified strength and leadership. After crossing the Red Sea, Miriam led the women, celebrating with song and dance.

Devorah the Prophet by Laya Crust

Devorah was a judge and prophet who led the Israelites for 40 years. She sat under a palm tree to meet with her people. The haftarah tells of a battle waged by the Canaanites against the Israelites. The Jewish commander, Barak, asks Devorah to lead the battle with him. She warns Barak that a woman will be credited with the victory if she goes, but he still insists on her help.

Yael, the other significant woman in the haftarah, is not a Jew but a Kenite. After the battle, Sisera, a general, flees from the Jews, seeking refuge with Yael. She gives him warm milk to drink, covers him with a blanket, then drives a tent peg through his temple, killing him. The haftarah is unusual in that it features two women- Devorah and Yael- as heroic characters.

Devorah writes a song of praise, mentioning herself as a mother of Israel, Barak as a leader, and Yael as a heroine. The end of the song is powerful. Devorah describes Sisera’s mother waiting at the window for her triumphant son to return home from battle. Devorah sings, “…The mother of Sisera…moaned…’Why is his chariot so long in coming? Why are the hoofbeats of his steeds so tardy? …Have they not found spoils and treasure? Have they not divided the prey; to every man a damsel or two; to Sisera many kinds of plunder…?”. Devorah describes the scene- a mother waiting for her son- all the while knowing Sisera has been murdered. The mother’s pride that her son has successfully killed, looted, and abducted the Israelites is disquieting.

The women in the parashah and haftarah show strength and leadership. God chose Miriam to be one of the three leaders of the children of Israel as they trekked towards freedom. God appointed Devorah and later Hulda as prophets and made Yael a hero.

Women may not be mentioned in our writings as often as men, but women were essential leaders and educators then, as women are today. Let’s work in strength and harmony, and sing in harmony too! 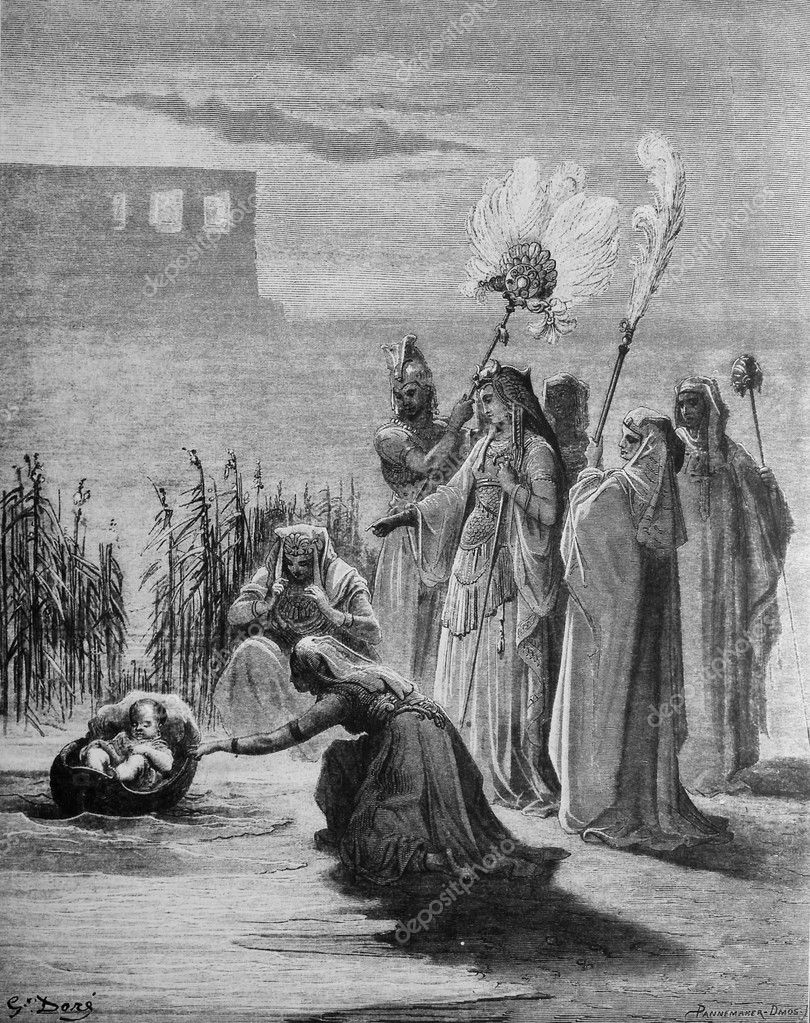 This parsha relates the story of the Israelites’ escape from Egypt and their crossing of the Red Sea. The image at the top of this page shows Miriam leading the Israelite women in song and celebration. They are playing  historical musical instruments with the Red Sea in the background. The piece is inspired by a miniature from “The Golden Haggadah” of 14th C. Barcelona, Spain.

The hafatarah tells of a battle waged by the Canaanites against the Israelites. The Jewish leader, Barak, goes to Devorah asking her to lead the battle with him. She accompanies him, warning Barak that if  she goes  a woman will be credited with the victory.

Devorah was a judge and prophet who led the Israelites  for 40 years. She would sit under a palm tree to meet with her people. Yael, the other major woman in the haftarah was not a Jew, but a Kenite. After the battle Sisera, a general fleeing from the Jews,  sought refuge with Yael. She gave him warm milk to drink, covered him with a blanket, then drove a tent peg through his temple, killing him. The hafatarah is unusual in that it features two women- Devorah and Yael- as the heroic characters.

Devorah sings a song of praise mentioning herself as a mother of Israel, Barak as a leader, and Yael as a heroine. The end of the song is very evocative. Devorah describes how Sisera’s mother waits at the window for her triumphant son to return home from battle.  Devorah’s composition is haunting, “…The mother of Sisera…moaned…’Why is his chariot so long in coming? Why are the  hoofbeats of his steeds so tardy?…Have they not found booty?Have they not divided the prey; to every man a damsel or two; to Sisera a booty of diverse colours,’…”. Devorah describes the scene- a mother waiting for her son- but we know he has been murdered. The description of the mother’s  expectations- that he has been successful in killing, looting and abducting the Israelites- is disquieting.

This week’s Torah reading is given the name Shabbat Shira- the Shabbat of Song. We read three songs-  Moshe’s  “Song of the Sea”,  Miriam’s song after crossing the Red Sea, and Devorah’s song of victory. Women figure prominently.  Not only do they sing and play music in these Torah and haftarah readings, they begin and end the stories. It is Miriam, her mother, and Pharaoh’s daughter who save and raise Moshe so he can grow up to lead his people to freedom.   Miriam, called a prophet in this parsha, accompanies Moshe across the Sea and completes the crossing with a celebration of song and dance.

The stories of these biblical women all show strength and leadership. I found it very interesting that there seemed to be more paintings of Yael driving a spike through Sisera’s head than I found of Devorah or Miriam leading the women in song. One site I found with some great images of the scene from manuscript art is: https://www.blogger.com/. In the image below we see Yael greeting Sisera, driving a spike through his temple, then announcing the act to Barak. 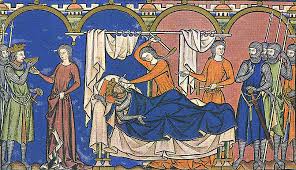 There was also an extraordinary photograph by Oscar Wolfman, a Toronto dancer and photographer. This  interpretation of Yael and Sisera is provocative and original. 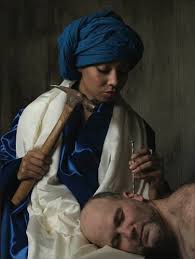 I am interested to hear your views on this week’s Torah and Haftarah readings, and the welcome focus on the role of women.